Only 2 left in stock more on the way. Okay, I'm gonna keep this short and sweet. Really like the monitor a lot. Was worried at first it might be too big, but it's not. In fact I could probably go bigger. I just love the screen real estate this monitor provides. I'm rating this as a p monitor and not comparing it to other higher resolution versions.

For what it is, it works great. The only reason I knocked off a star is because I have some light leakage around the bottom and top of the screen. Definitely noticeable when on an all black screen, but not for the majority of the stuff I use the monitor for. But no one else is complaining of this issue, so I may have just gotten a slightly defective one. Anyways, when I first got the monitor, like a few other reviewers, I wasn't thrilled Please let me know if you have reason to believe otherwise.


First off: this is not a gaming-optimized monitor. While it does perform pretty well for my very casual gaming usage, it lacks gaming-oriented features like a Hz refresh rate or VESA adaptive sync. That out of the way, you'd be hard-pressed to find a better inexpensive screen for mixed usage. I bought the p version of this monitor. It is a great monitor with a few odd design choices I don't love.

Apple stopped making displays, so these are the best options for the Mac Mini

I kind of wish I had bought two at the Prime Day price to seem them side by side with that small of a bezel. This thing is also very thin. I saw the product images beforehand, but in real life it's just crazy how thin the panel is. The Bad: The silver accents are not great.

I didn't think I would care, but that shiny silver strip along the bottom of the panel reflects my blue LED keyboard really brightly. Also, the power cord is non-standard. I thought I'd be able to just swap out my old monitor and plug in the previous HDMI and power cables, I have two of these on a pole stand hooked up to my Mac Mini , as part of my stand up desk.

As displays, they are just perfect.

Now, if you think you're going to get decent audio out of these, I have a unicorn to sell you. The little speakers sound more tinny than a bad cell phone and the volume control embedded deep in the menu system is basically unusable. As other users have stated, buttons on the bottom right corner are difficult to use. I use both hands so I don't have to move between buttons. They are mounted on the back side of the monitor. I paired two of these with the WALI desk stand. These are TN panels, which for this size monitor it can be a problem unless the monitor is angled just right.

For the price definitely worth it. 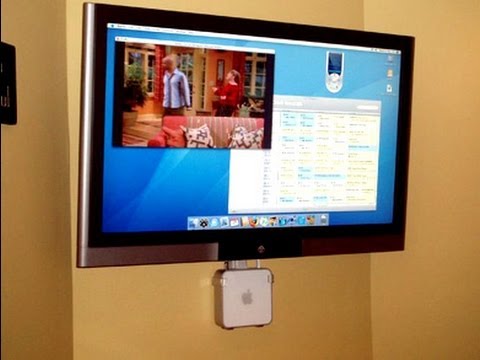 For twice the price you can get IPS displays. From daily Photoshop and Lightroom use to Final Cut Pro X and other graphically-intensive programs after photo or video shoots, my system needs to always be on top of its game. I went with the Razer Core X for two main reasons: power and price.

While those all sounded pretty good especially HomePod , they were never optimal. Back when Amazon ran a Warehouse Deals special, I picked up two open-box Sonos One speakers and have really enjoyed using them in daily-use since. In stereo, the audio is great, and for their size, the Sonos One speakers offer great clarity on the highs while still offering a decent bass response.

Ok, that was corny, but still, I love being able to control my office with just my voice. This is powered by the Google Home Hub on my desk, as it provides me with an always-on clock that responds to the current lighting for its brightness and provides a nice visual feedback to the commands I give it. IKEA a reoccurring theme in my setup sells very inexpensive office accessories. I picked up their floating shelf for multiple reasons.

While it acts as a display shelf for all of my collectibles, it also gives me an over-desk light via a second Philips Hue Lightstrip Plus. If you have any ideas there, feel free to drop them in the comments below! This was far more budget-friendly than buying a port switch and has a smaller footprint at the same time.

I also have my Philips Hue Hub which is Command Stripped under the desk, as well, to keep everything nice and tidy right next to each other. This is the heart of my charging setup. For wireless charging, I have two different options. First up is the Nomad Base Station.

I picked this up shortly after it was announced and have used it almost daily since. This is the latest power accessory to be added to my desk. With a power output of 94 watts, you can charge your MacBook or iPad while you use it, our daisy chain two monitors together for a dual-monitor setup. The screen gets a fully adjustable stand — one that's included, not sold separately — that lets you set both the angle and height. Last but not least, since the monitor is made especially for use with macOS Mojave This article originally appeared on Tom's Guide.